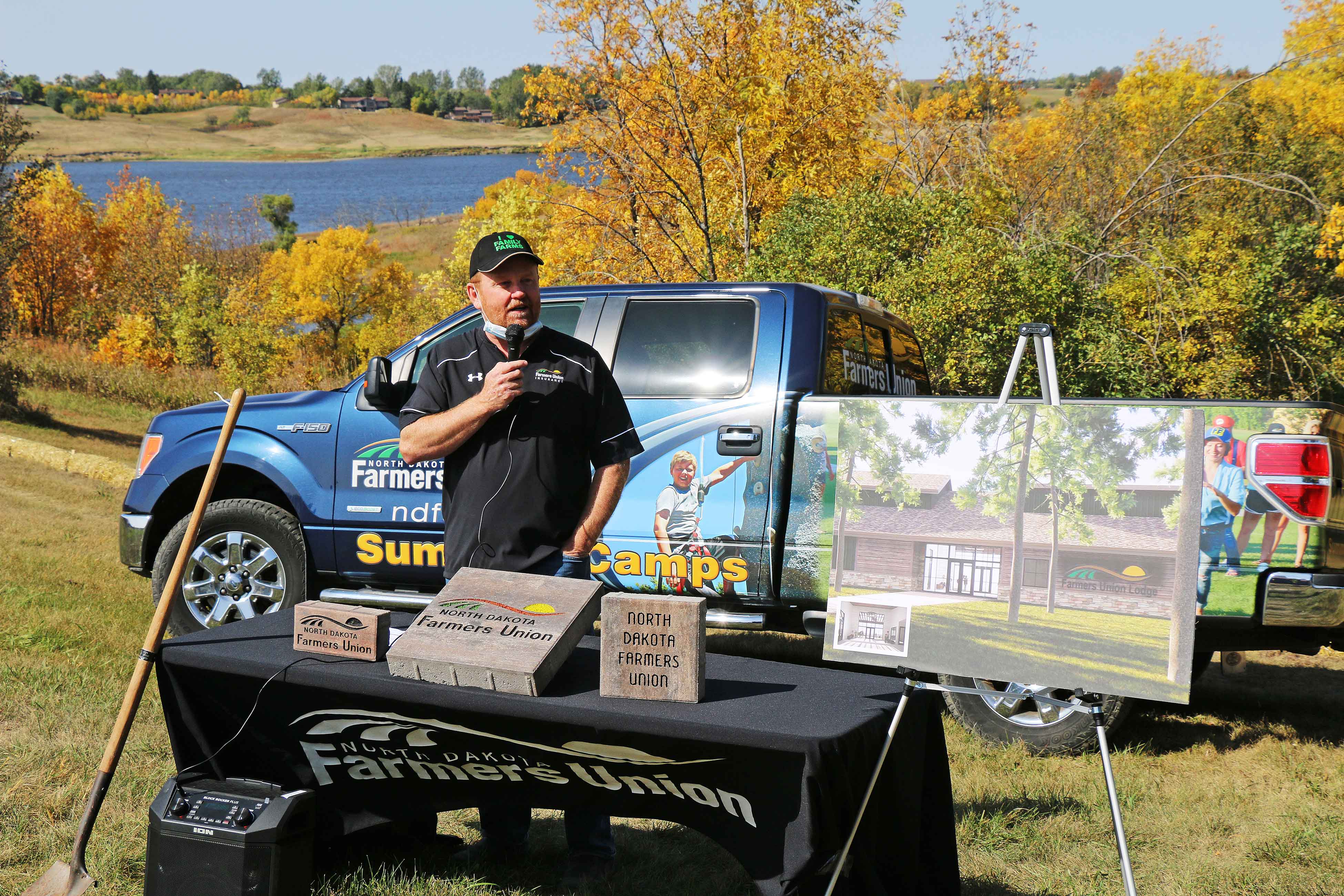 NDFU President Mark Watne speaks during the groundbreaking of a new youth camping facility Sept. 18 at the Jamestown Reservoir. The camp is expected to house as many as 150 kids per camp. Chris Aarhus / NDFU

NDFU President Mark Watne spoke about the importance of a new camp, as NDFU’s youth program continues to thrive in North Dakota.

“Currently, we’ve been camping about 1,200 kids,” said Watne, adding that he expects that number to reach 2,000 in the future. “It’s going to be a great opportunity for us, not only in the Jamestown area but in eastern North Dakota. We’ll be able to reach more kids.”

The main lodge will feature an indoor gymnasium that will double as a cafeteria, as well as a STEM classroom, game room and co-op store. The camp also includes a dormitory building that can house 150 campers, storage garage, outdoor volleyball court, softball field and more.

“We want to make this the best camp in the state,” Watne said.

The STEM classroom will play a big role in making the new camp “state of the art.”

“We’re going to really expand in that area, so we can teach kids that come to camp about the future of technology,” he said.

While the camp will be new, NDFU intends on keeping all of the same great traditions that made the camp what it is today. One of those foundational pillars is the co-op store, where campers learn the cooperative business model and leadership development.

“We hope that one day kids will become future leaders in the community,” Watne said. “That’s a big part of the effort we put forward.”

Watne thanked the various entities that helped make the new camp possible, including Stutsman County and the Bureau of Reclamation.

To help pay for the new facility, NDFU is offering personally engraved brick pavers that will be used at the facility. For more information, visit NDFU.org.

Construction is set to finish early next summer, with the first camp possibly being held in late June or July.