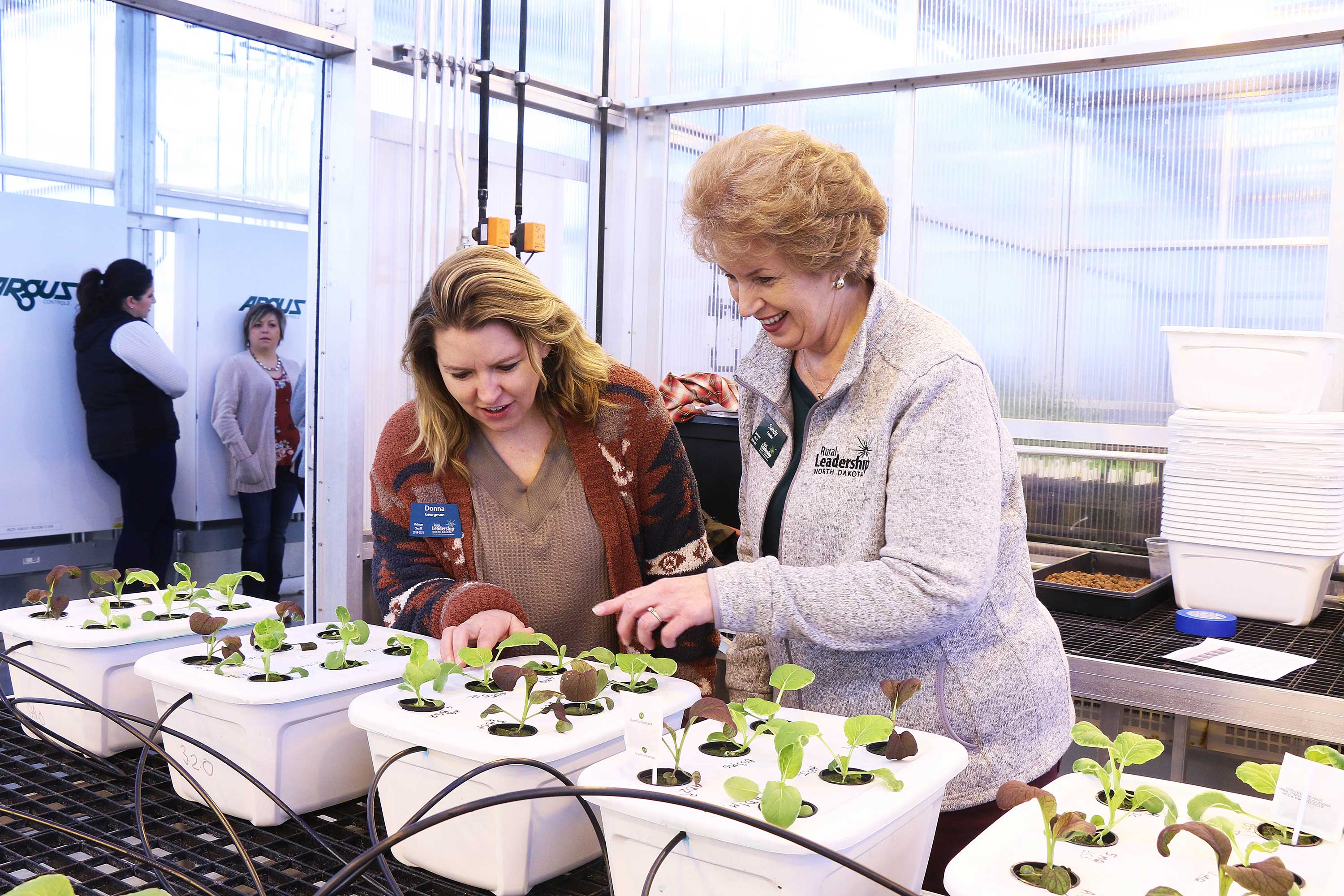 Sandy Franke of Jamestown admits she doesn’t have any “great desire” to run for the state legislature, but she feels ready to take the next step in her promotion of agriculture and leadership. Likewise, Donna Georgeson of Michigan, N.D., would like to take a bigger role in her rural community.

Both are getting their chance, as North Dakota Farmers Union sponsored the duo for the ninth class of North Dakota State University’s Rural Leadership North Dakota, an 18-month program designed to foster and strengthen leadership that can be applied immediately to agriculture and rural communities.

Franke said she hopes to apply what she learns in a way that encourages others to take leadership roles in their communities.

“I think the role of a leader is to empower other leaders, too,” said Franke, who sits on the board at First Community Credit Union. “How can I help someone else become a better person and leader?”

Franke, who is originally from Jamestown, and her husband Carl ran a dairy and small grains farm in Illinois before coming back in 2001.

“I grew up on a family farm and I married a farmer,” she said. “I was a CPA (in Illinois) for 11 years and did our farm taxes. I always had a rural background, and I’ve always liked helping people. I liked that (RLND) gives you leadership training specific to agriculture and rural communities.”

Franke said she was curious about the expectations but noted that RLND wants to see its participants take the next step in leadership without demanding anything specific.

“They said, ‘We want you to continue to expand and grow and promote agriculture in the state of North Dakota,’” Franke said. “I hope to do some stuff with (NDFU) and with working with women in agriculture leadership, specifically how to empower them.”

Georgeson, who works for Leading Edge Equipment, said she learned about RLND while on a WILD (NDFU’s Women In Leadership Development program) trip with her mother. She visited with others on the trip about the benefits of RLND.

“One of the things that stuck out to me was how much you learn about yourself,” she said.

Georgeson said there are specific goals she already has in mind with her training.

“I’d like to know more about what’s going on in my community,” she said. “We don’t have a recycling program – it has to be taken to Devils Lake. It’d be nice to have something either curbside or a place to drop it off. There are other things like helping the elderly or working with farmers in my community.”

RLND features 10 program events before a graduation gala Nov. 19, 2021, in Bismarck. The class has already been through orientation in Bismarck, a personal leadership development trip to Minot and a program named, “Agriculture’s Future in North Dakota” in Fargo. There are 22 participants in the latest class.

“Every one of the seminars so far have been great,” Georgeson said. “Each time we go, you end up kind of spending more time with different people and there’s a lot of networking involved.”

The program’s next trip is titled, “National Trends in Agriculture and Rural Issues” March 16-21 in Washington, D.C. It also features an international trip in February 2021.

“It’s really a great opportunity,” Georgeson said. “I’m looking forward to everything, and I can’t say enough about Farmers Union sponsoring me and how much I appreciate that.”