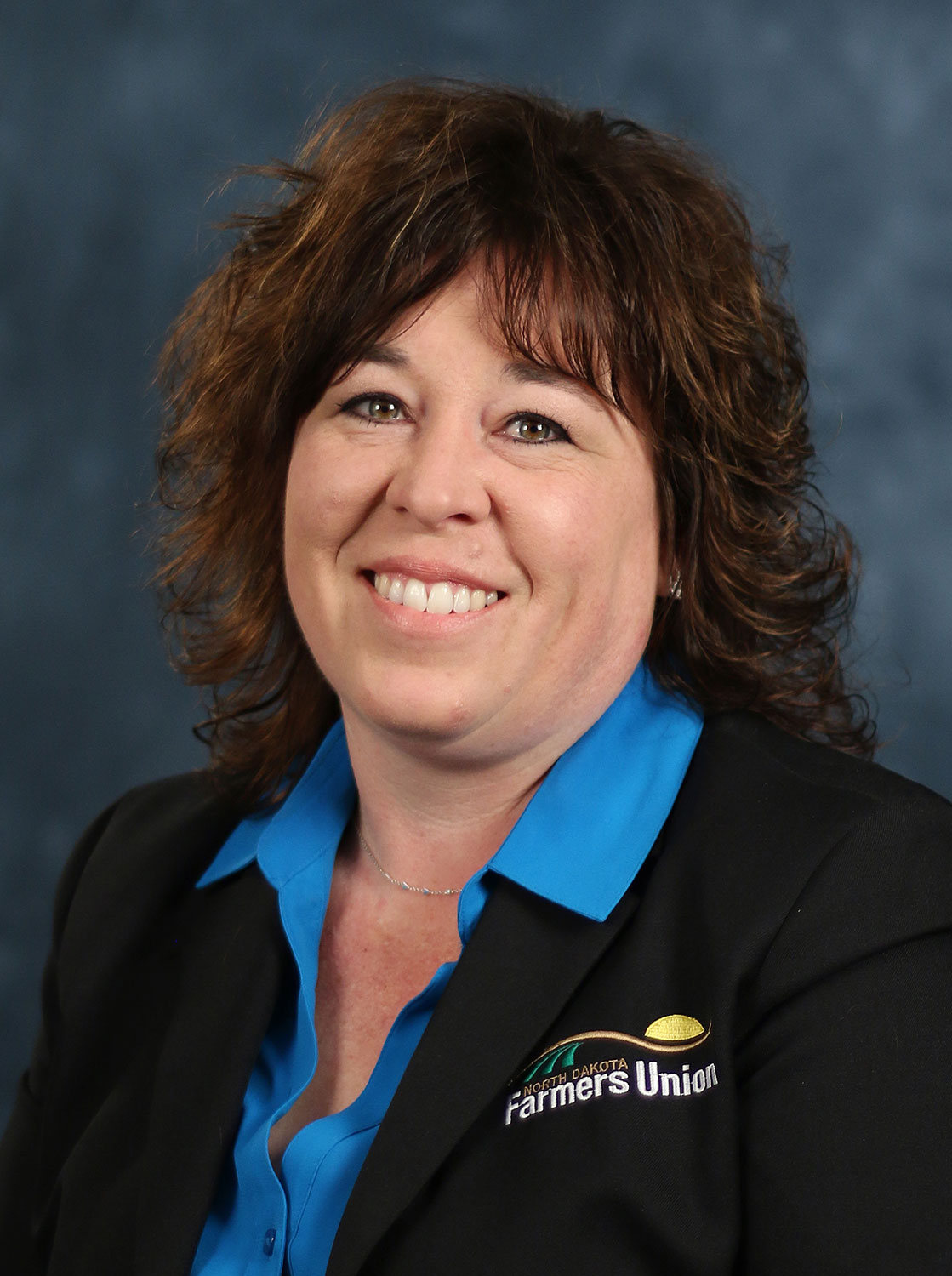 Throener was elected as District 7 Director in November 2013. She also serves on the board of Farmers Union Mutual Insurance Company, Farmers Union Service Association, and Agraria LLC. She and her husband Kevin farm and ranch near Cogswell in Sargent County and are owners/operators of KT Cattle Co. They raise corn, soybeans and have a 999-head feedlot. They have four children: Joseph, Isaiah, Olivia and James. Ronda has been an active member of NDFU for years. She attended senior camps in high school, was selected along with Kevin as the Farmers Union Enterprise Couple for North Dakota in 2007, and advocated for family farmers and ranchers on the 2008 legislative fly-in.

She attended North Dakota State University where she earned a B.S. degree in Crop and Weed Science, graduating in 1996. Ronda currently serves on the Sargent County FSA Committee, is very involved in local 4-H, teaches Sunday School at church, helps coordinate the Progressive Ag Safety Day in her county, and is a volunteer for Common Ground ND. She is a passionate advocate for agriculture and rural North Dakota. In her free time, she enjoys gardening and yard work, and spending time with family and friends.