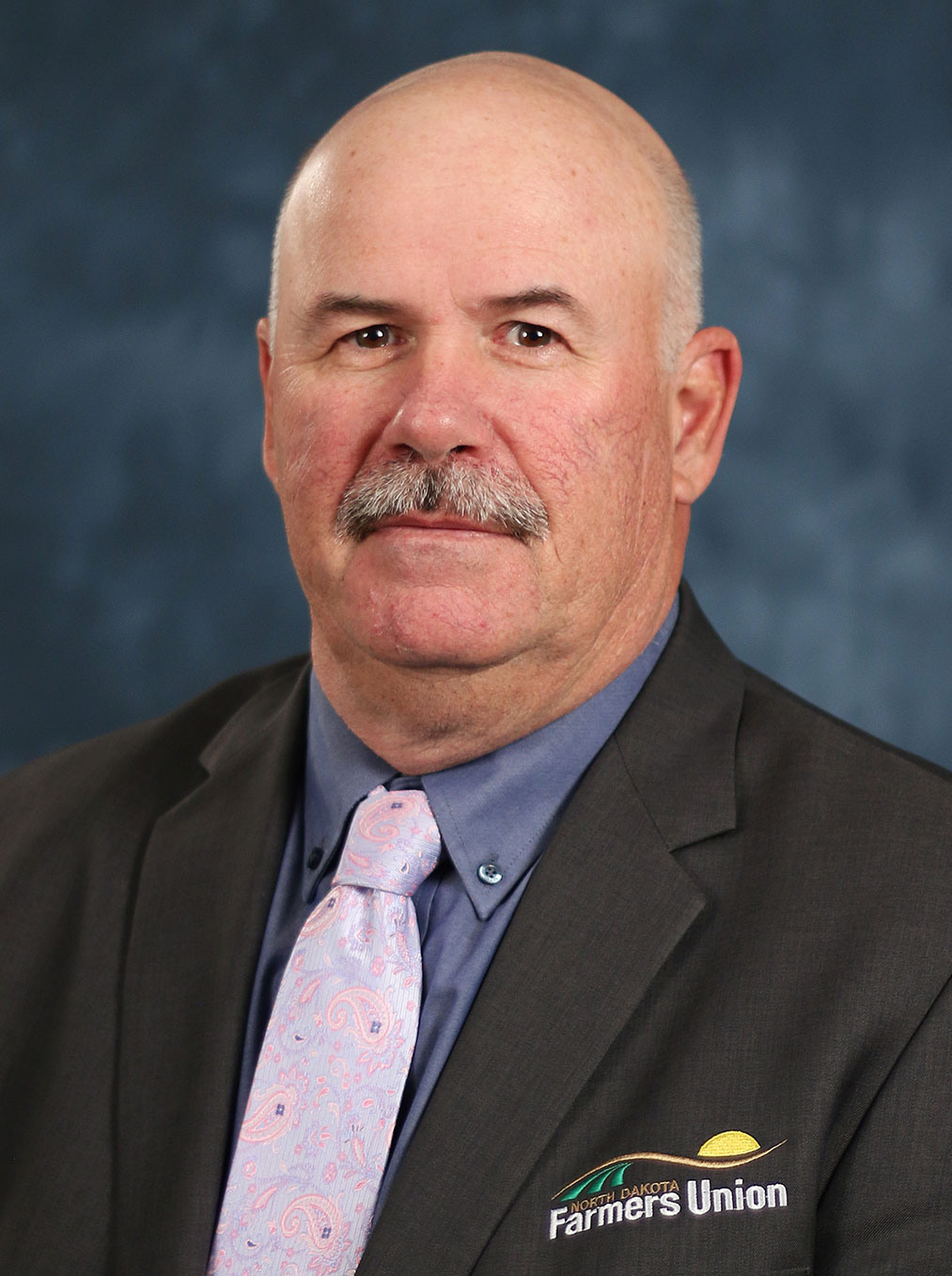 Bob Kuylen, South Heart, was elected as NDFU vice president in November 2011. He also serves as vice president of Farmers Union Insurance. Kuylen served as NDFU District 4 Director from 2004-2011. He has been active in Farmers Union at the local, county, state, and national levels, participating in legislative fly-ins to Washington, DC, and serving on the policy committees of both North Dakota and National Farmers Union.

Since 2012, he has served on the Farmers Union Industries board and is currently the chairman. He and his family received the honor of NDFU Farm Family of the Year in 1999. Kuylen has been on the Stark County Board of Directors since 1997, and served as president from 2000-2013. He is the secretary of the Creative Energy Board of Directors. He has been a volunteer firefighter since 1980, serving 10 years as fire chief and was an instructor of hazardous materials for the State Fire Marshal’s Office. He was awarded an Honorary FFA membership.

His leadership and concern for community is reflected in his involvement in school, church, city, and co-op activities. He and his wife Brenda have a farm and ranch operation near South Heart. The Kuylens raise cattle, wheat, oats, barley, safflower, mustard and sunflowers.