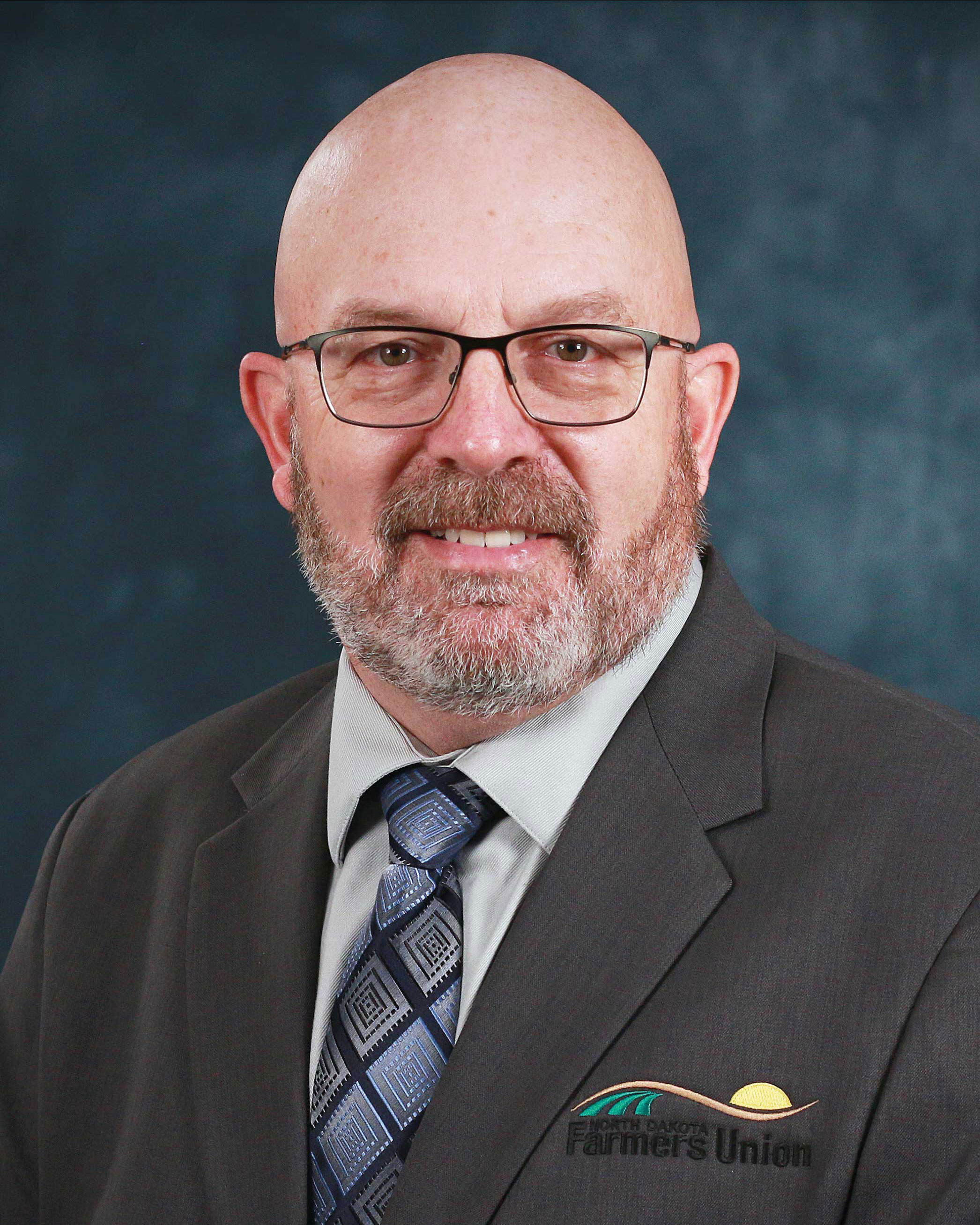 Finken was elected as District 2 Director in December of 2020. He was on the NDFU Board from 2002 to 2008. Besides being active in Ward County Farmers Union, Finken has served on the NDFU Policy & Action and Bylaws committees, NFU Fly-ins, Farm Family of the Year committee and testified at the ND Legislature in support of family farm agriculture. He also served as president of the Minot Area Co-op Association and the Mouse River Farmers Union Camp Association. Other community involvements include 4-H (ambassador, judge and club leader), Ward County Ag Improvement Association, NCREC Board of Visitors, township assessor and supervisor, Douglas Fire Department, church council and CCD/Faith Formation instructor, Meridian Seeds/Ventures Boards and Dakota Growers Resolutions Committee.

Finken and his family reside just went of Douglas near Minot on their fourth generation farm. He and his wife DeAnne have four children, all of whom were Torchbearers. They raise a wide variety of crop, selling much of it for seed.