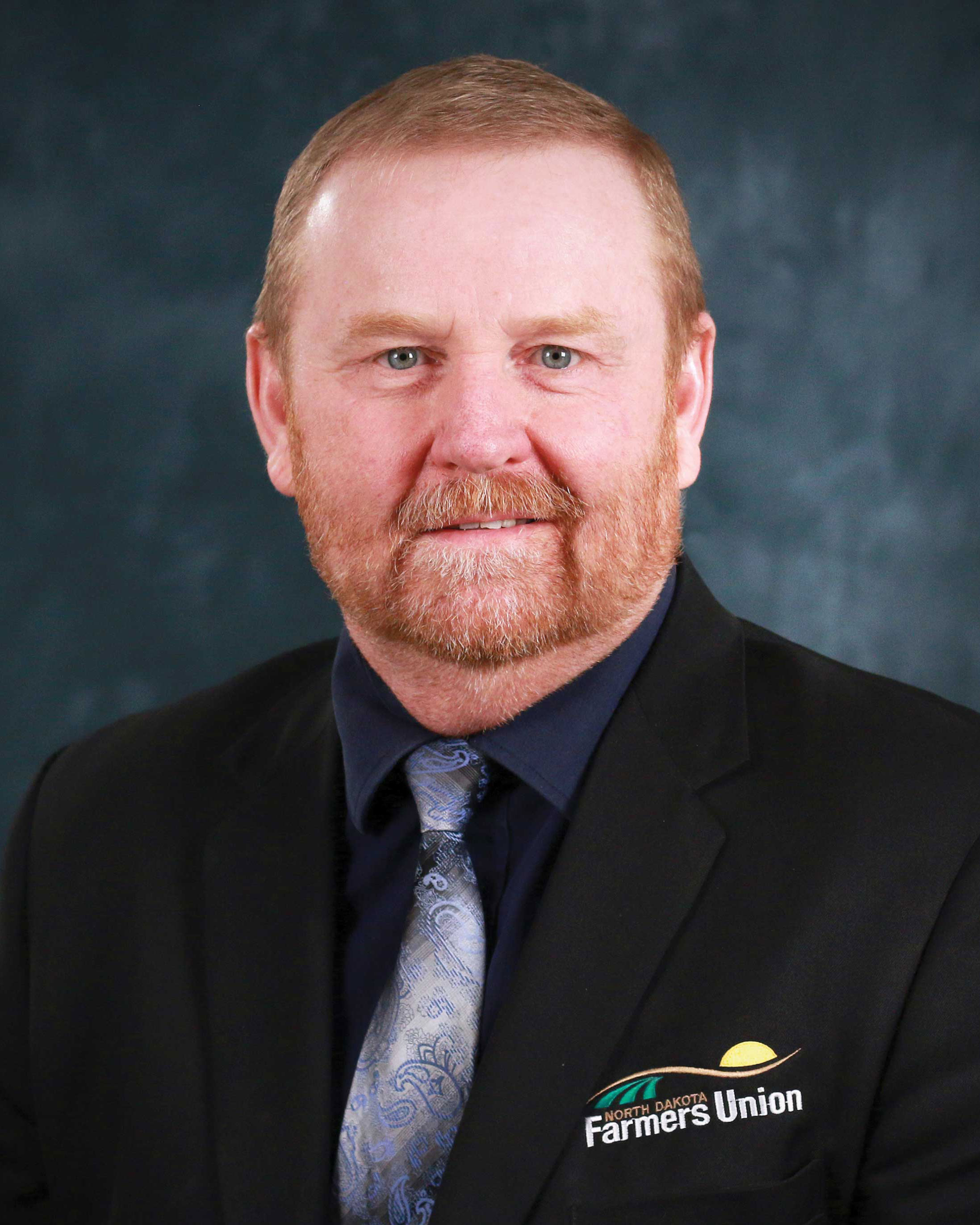 Mark has a long history of Farmers Union involvement, first as a youth and young producer farming at Velva. In 1990, he was elected to the NDFU State Board of Directors. He served for six years and was also treasurer. In 1996, he began a 15-year-career in Jamestown at the Farmers Union headquarters as a development specialist, agricultural strategist and staff executive director. He has led the development of the organization’s farmer-owned restaurants and other innovative ideas.

Mark has been a board chairman for the Quentin Burdick Center for Cooperatives, located at North Dakota State University, and is currently a board member for First Community Credit Union, Jamestown.

He continues to farm and resides in Jamestown with his wife, Michelle. They have three grown children and a granddaughter.